Back in 2016, we launched Defying Doomsday, an anthology of apocalypse survival fiction featuring disabled and chronically ill characters. In the lead up to that, I wrote a bit about where the idea for Defying Doomsday came from over on Diversity in YA.

Rebuilding Tomorrow is the followup anthology to Defying Doomsday. In many ways it’s a sequel — in fact, some of the stories it contains are direct sequels to some of the stories in Defying Doomsday — but it’s also a book with an intentionally different focus. Before the pandemic, back in mid-2018, when I was first thinking about Rebuilding Tomorrow, I wanted to make a book that went a step further than just surviving the apocalypse. Feeling gloomy about the in-progress climate apocalypse, I decided I wanted to make a book about getting on with life after the world has irrevocably changed.

Since it was inspired by an apocalypse, it made sense for Rebuilding Tomorrow to be a sort of sequel to Defying Doomsday. But rather than doubling down on more doom-laden apocalypse fiction, I wanted to make an anthology of stories that served as a guide for how to rebuild, after. Because life goes on, to some degree, probably. And as with Defying Doomsday, it was important to me to make Rebuilding Tomorrow an inclusive collection of stories. That meant again focussing on disabled and chronically ill characters, the world’s largest minority.

So the stories in Rebuilding Tomorrow don’t depict apocalypses in progress. They show worlds and people who have survived the worst and are now moving beyond just survival into a more sustainable future. After all, one can’t raid supermarkets forever, after the end of the world.

Rebuilding Tomorrow is currently crowdfunding on Kickstarter. Back us to help make this anthology and lock in a pre-order to be one of the first people to read it. 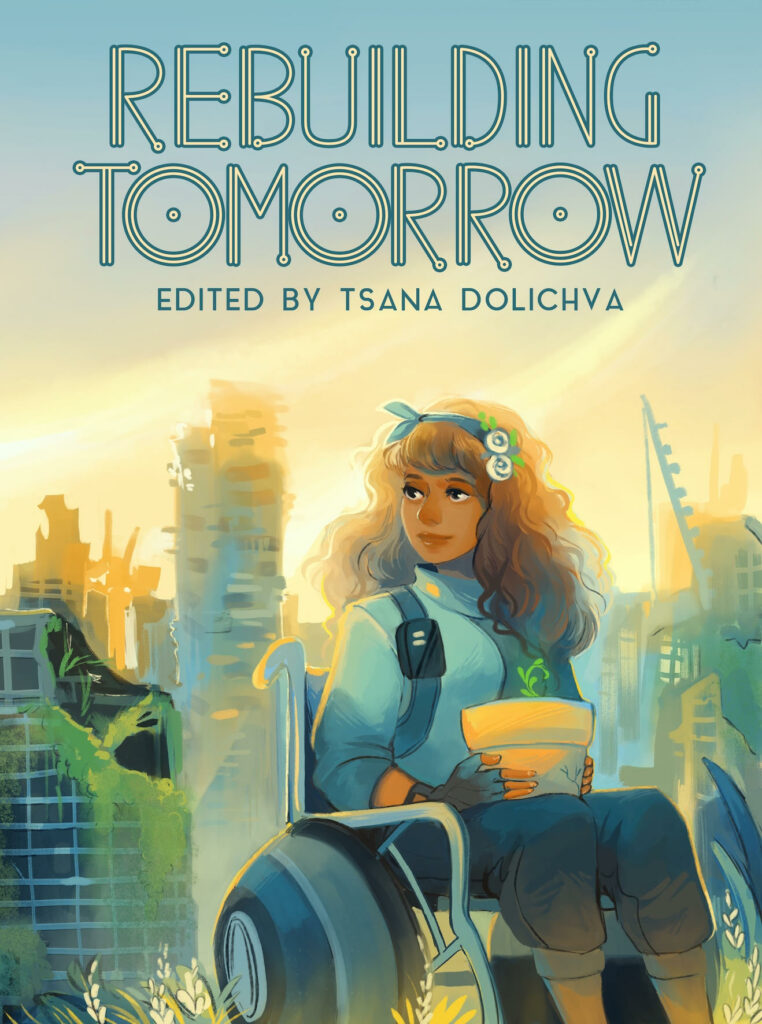